A lost gem that I recently discovered on MUBI is Billy Wilder’s penultimate film, reuniting him with screenwriter I.A.L Diamond and fifth-time collaborator, William Holden, in a companion piece to Sunset Boulevard, made 28 years earlier, in yet another Hollywood-centric story that takes a long hard look at its obsession with fame and youth. This time, Holden plays a movie producer who desperately needs to lure the famous but reclusive movie star, Fedora, out of retirement to do his picture. Set in Greece and France, with a mostly European cast, it’s a film of two halves, that begins unfavourably like a badly written farce but turns around mid-point, and becomes a macabre melodrama, while no doubt causing tonal whiplash to its audience. There are some dubbing issues for the otherwise effectively enigmatic lead actresses Marthe Keller and Hildegard Knef and the antiquated score is ludicrously bad. Holden, who was 60 at the time and only 3 years away from his passing, sometimes look a little out of sorts and is side-lined for most of the second half. However, and despite its poor reception back then, I think this is a film ripe for reappraisal. While the first half is often unintentionally funny (the wallpaper reveal had me rolling on the floor, but don’t forget Mario Adorf’s Faulty Towers-like hotel management skills and Gottfried John’s chauffeur/bodyguard Kritos’s unintentional resemblance to a Bond villain sidekick – which incidentally he eventually got to do 17 years later in Goldeneye), Diamond’s script really hits its stride in its second half and the end result is a flawed but campy melodrama whose convoluted twists and turns had me gripped and, cliches and silliness be damned, I cannot deny ultimately that it was a joy to watch. 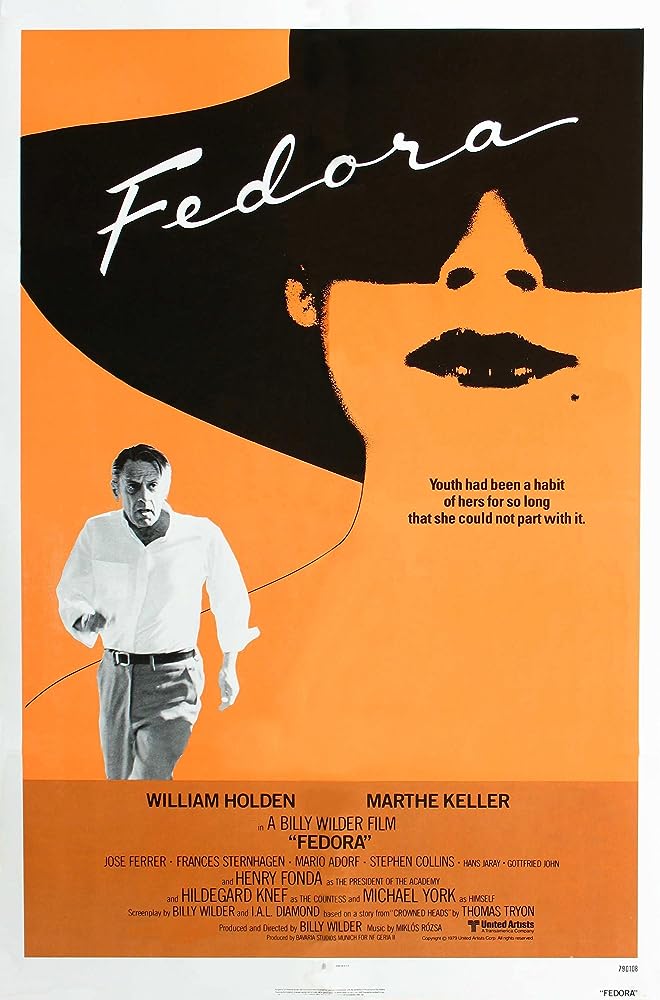