Bonnie & Clyde may have been specifically name-checked in this romantic road movie scripted by Lena Waithe but it’s the memory of Thelma and Louise, narratively speaking, and perhaps Out of Sight, stylistically, that’s invoked most strongly in this story of two (mostly) unnamed young African-Americans who go on a Tinder date that will change their lives forever. Except for one digression about 2/3rds the way into the film when it goes on a small detour that retrospectively feels unnecessary, if not a little jarring; Daniel Kaluuya and model-turned-actress Jodi Turner-Smith are in every single frame of the film and their assured and convincing performances see them slowly transforming into a pair of sexy but reluctant heroes of their generation. All the while, a romantic relationship simmers and deepens between them as they get to know each other’s differing viewpoints and character traits better. Waithe’s observant and politically aware script can seem episodic but that’s part of the DNA of the road movie, and any wrinkles are smoothed over by first time feature director, Melina Matsoukas, who has worked with Waithe on TV before. Her fluid and confident directing style, together with Tad Radcliffe’s cinematography, captures not only the beauty of the majestic landscape they are cruising through but also thoughtful and deliberately composed visual juxtapositions along their way. The end result is a slick and soulful film that echoes the Black Lives Matter movement as it slowly builds to its inevitable and poignantly downbeat conclusion. Deeply affecting while looking cool AF, it is a personal and angry yet sobering indictment on the big screen to an injustice that has no end in sight. 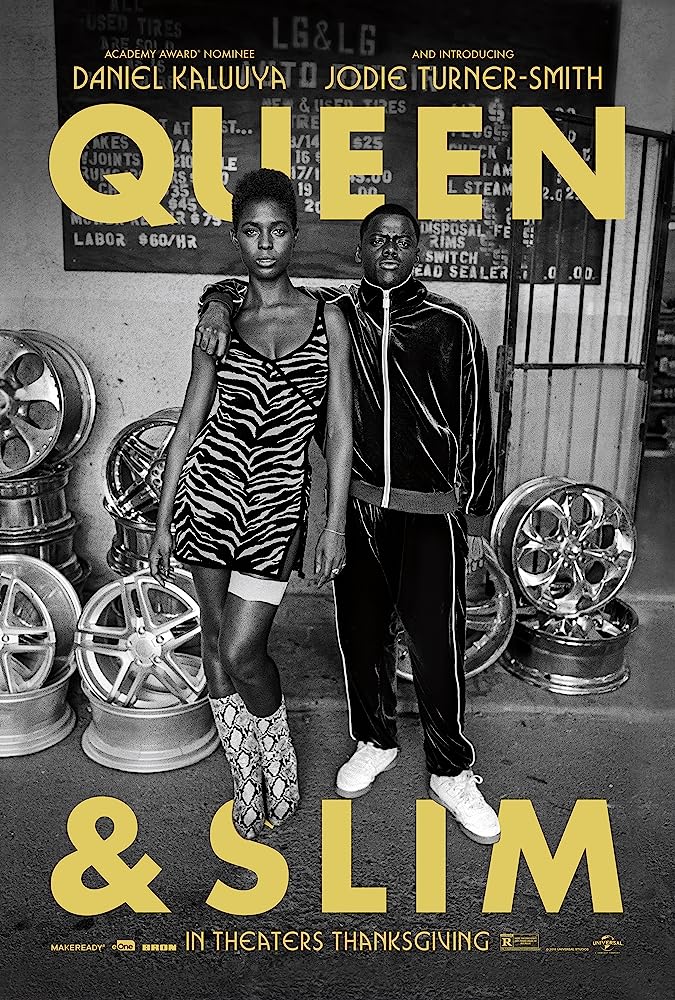